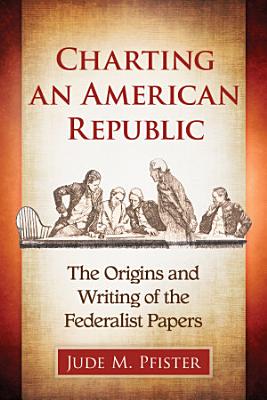 With the American revolutionaries in discord following victory at Yorktown and the Paris Peace Treaty of 1783, the proposed federal Constitution of 1787 faced an uncertain future when it was sent to the states for ratification. Sensing an historic moment, three authors—Alexander Hamilton, James Madison and John Jay—circulated 85 essays among their fellow statesmen, arguing for a strong federal union. Next to the Constitution itself, The Federalist papers are the most referenced statement of the Founding Fathers’ intentions in forming the U.S. government. This book takes a fresh look at the papers in the context of the times in which they were created.

Authors: Jude M. Pfister
Categories: History
With the American revolutionaries in discord following victory at Yorktown and the Paris Peace Treaty of 1783, the proposed federal Constitution of 1787 faced a

Authors: Charles A. Kromkowski
Categories: Political Science
Rules of apportionment are elements of social and political order. In social gatherings, families and governments they assume a variety of written and unwritten

Decline of the American Republic, The

Authors: Michael Durey
Categories: History
In the transatlantic world of the late eighteenth century, easterly winds blew radical thought to America. Thomas Paine had already arrived on these shores in 1

Faith and the Founders of the American Republic

Authors: Daniel L. Dreisbach
Categories: Religion
The role of religion in the founding of America has long been a hotly debated question. Some historians have regarded the views of a few famous founders, such a

Authors: David B. Frost
Categories: Political Science
When the framers of the Constitution gathered in the summer of 1787, their deliberations were shrouded in secrecy. The Pennsylvania State House was locked, arme

Authors: Sean Patrick Adams
Categories: History
With voices ranging from those of presidents to slaves, from both men and women, and from Native Americans and white settlers, this book tells the story of the

Authors: Jane Dailey
Categories: History
What was America? The question resounds today more than ever. While countless contemporary textbooks have sought to relate this country's history, most have don