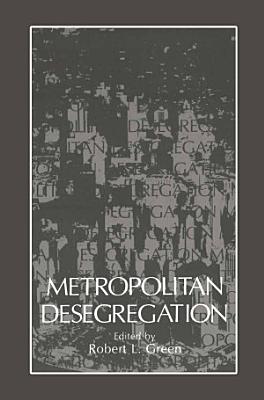 Most of the findings in this book are based on the work of a team of researchers from Urban Affairs Programs at Michigan State University. From 1976 to 1981, the team observed the progress of school desegregation in metropolitan Wil mington, Delaware, which encompasses New Castle County. The project was made possible by a grant from the Rockefeller Foundation, Division of Social Sciences. Metropolitan desegregation is a strategy deserving of national attention because this country's black population has become increasingly concentrated within central cities. Desegregation solutions must be found that encompass America's white suburbs as well as its urban areas. In a 1977 statement, the U. S. Commission on Civil Rights called metro politan school desegregation "the last frontier to be crossed in the long judicial effort to make equal educational opportunity . . . a living reality. " Moreover, the National Task Force on Desegregation Strategies concluded in 1979, The simple demographic fact is that many large city school districts cannot desegregate by themselves. For children in such districts, the best hope for attending a desegregated school lies in the implementation of metropolitan desegregation strat egies--i. e. , desegregation plans which do not stop at the city line, but rather encom pass at least some of the surrounding suburban areas. (p. 1) The Michigan State University research team began its investigation in New Castle County, Delaware, after a three-judge federal district court ruled that area schools were illegally segregated between districts.

Authors: Robert Green
Categories: Education
Most of the findings in this book are based on the work of a team of researchers from Urban Affairs Programs at Michigan State University. From 1976 to 1981, th

Authors: Issachar Rosen-Zvi
Categories: Law
This perceptive study investigates the different ways in which the state deals with various social groups through the mechanisms of space. By means of case stud

Authors: Kristi L. Bowman
Categories: Law
This handbook is currently in development, with individual articles publishing online in advance of print publication. At this time, we cannot add information a