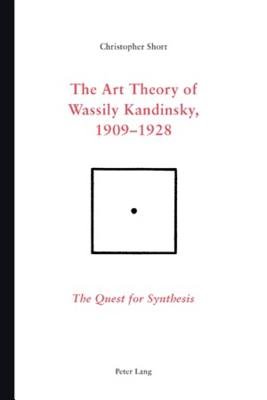 Kandinsky's theory of art has usually been treated as little more than a guide to help our understanding of his paintings. In contrast, this book attends primarily to the artist's writings on art; thus his art theory is treated on its own terms. Drawing on the diverse literature that has been written on Kandinsky's art and theory, the author demonstrates that while many different perspectives on his work have been identified, none holds the 'key' to that work. Instead, the book shows Kandinsky's method in his writings to be highly eclectic, resulting in an exciting and challenging variety of content (a description that also applies, as a postscript to the book shows, to his method in painting). Kandinsky, however, transcended this diversity and consistently sought evidence of the unity of all things: something that would be realised through his understanding of the term 'synthesis'. The book follows Kandinsky's fascinating attempts to establish synthesis (not only in art but also in other disciplines including science, mathematics, law and politics) in his key theoretical publications: On the Spiritual in Art (1911) and Point and Line to Plane (1926). The result is a new and innovative understanding of both Kandinsky's art theory and his art.