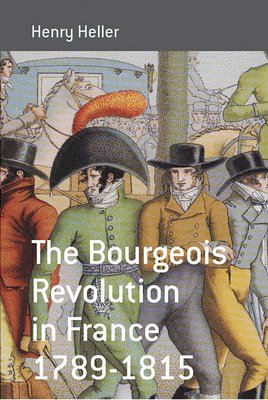 In the last generation the classic Marxist interpretation of the French Revolution has been challenged by the so-called revisionist school. The Marxist view that the Revolution was a bourgeois and capitalist revolution has been questioned by Anglo-Saxon revisionists like Alfred Cobban and William Doyle as well as a French school of criticism headed by François Furet. Today revisionism is the dominant interpretation of the Revolution both in the academic world and among the educated public. Against this conception, this book reasserts the view that the Revolution - the capital event of the modern age - was indeed a capitalist and bourgeois revolution. Based on an analysis of the latest historical scholarship as well as on knowledge of Marxist theories of the transition from feudalism to capitalism, the work confutes the main arguments and contentions of the revisionist school while laying out a narrative of the causes and unfolding of the Revolution from the eighteenth century to the Napoleonic Age.

Authors: Henry Heller
Categories: History
In the last generation the classic Marxist interpretation of the French Revolution has been challenged by the so-called revisionist school. The Marxist view tha

The French Revolution and Historical Materialism

Authors: Henry Heller
Categories: Political Science
This text reasserts the Marxist view of the French Revolution as a bourgeois and capitalist revolution. Based mainly on articles published in the journal Histor

Authors: D. M. G. Sutherland
Categories: History
This is a study of faction, lynching, murder, terror and counter-terror during the French Revolution. It examines factionalism in small towns like Aubagne near

Marx and the French Revolution

Authors: François Furet
Categories: History
Throughout his life Karl Marx commented on the French Revolution, but never was able to realize his project of a systematic work on this immense event. This boo

History and the Formation of Marxism

Authors: Bertel Nygaard
Categories: Political Science
This book redefines the relationship between Marxism and history. At its roots, Marxism was aimed at analyzing society in order to change it, reflecting on the

Authors: Luciano Canfora
Categories: History
This history traces the development of democracy in Europe from its origins in ancient Greece up to the present day. Considers all the major watersheds in the d

The Oxford Handbook of the Ancien Régime

Authors: William Doyle
Categories: History
In The Oxford Handbook of the Ancien Régime, an international team of thirty contributors survey and present current thinking about the world of pre-revolution