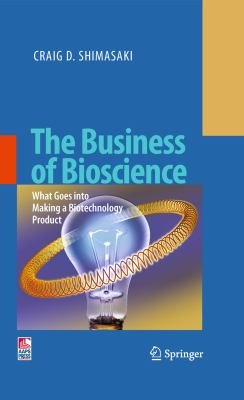 My journey into this fascinating field of biotechnology started about 26 years ago at a small biotechnology company in South San Francisco called Genentech. I was very fortunate to work for the company that begat the biotech industry during its formative years. This experience established a solid foundation from which I could grow in both the science and business of biotechnology. After my fourth year of working on Oyster Point Boulevard, a close friend and colleague left Genentech to join a start-up biotechnology company. Later, he approached me to leave and join him in of all places – Oklahoma. He persisted for at least a year before I seriously considered his proposal. After listening to their plans, the opportunity suddenly became more and more intriguing. Finally, I took the plunge and joined this ent- preneurial team in cofounding and growing a start-up biotechnology company. Making that fateful decision to leave the security of a larger company was extremely difficult, but it turned out to be the beginning of an entrepreneurial career that forever changed how I viewed the biotechnology industry. Since that time, I have been fortunate to have cofounded two other biotechnology com- nies and even participated in taking one of them public. During my career in these start-ups, I held a variety of positions, from directing the science, operations, regulatory, and marketing components, to subsequently becoming CEO.

The Business of Bioscience

Authors: Craig D. Shimasaki
Categories: Medical
My journey into this fascinating field of biotechnology started about 26 years ago at a small biotechnology company in South San Francisco called Genentech. I w

Ethics and the Business of Bioscience

Introduction to Biotech Entrepreneurship: From Idea to Business

Authors: Gerald L. Gordon
Categories: Political Science
Recent US economic history is rife with examples of cities and regions that have experienced significant decline. Many of those localities began to slide after

Authors: David L. Finegold
Categories: Science
This book is the first systematic, detailed treatment of the approaches to ethical issues taken by biotech and pharmaceutical companies. The application of gene

Authors: Udo Krautwurst
Categories: Science
Culturing Bioscience is an accessible case study that looks at the role bioscience plays both in the academy and within broader society. The book focuses on the