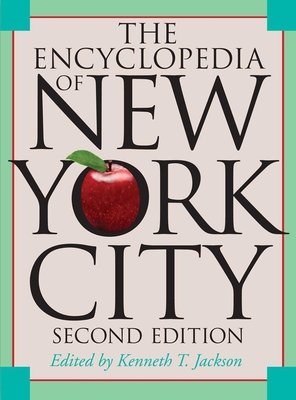 Covering an exhaustive range of information about the five boroughs, the first edition of The Encyclopedia of New York City was a success by every measure, earning worldwide acclaim and several awards for reference excellence, and selling out its first printing before it was officially published. But much has changed since the volume first appeared in 1995: the World Trade Center no longer dominates the skyline, a billionaire businessman has become an unlikely three-term mayor, and urban regeneration—Chelsea Piers, the High Line, DUMBO, Williamsburg, the South Bronx, the Lower East Side—has become commonplace. To reflect such innovation and change, this definitive, one-volume resource on the city has been completely revised and expanded. The revised edition includes 800 new entries that help complete the story of New York: from Air Train to E-ZPass, from September 11 to public order. The new material includes broader coverage of subject areas previously underserved as well as new maps and illustrations. Virtually all existing entries—spanning architecture, politics, business, sports, the arts, and more—have been updated to reflect the impact of the past two decades. The more than 5,000 alphabetical entries and 700 illustrations of the second edition of The Encyclopedia of New York City convey the richness and diversity of its subject in great breadth and detail, and will continue to serve as an indispensable tool for everyone who has even a passing interest in the American metropolis.

The Encyclopedia of New York City

Authors: Kenneth T. Jackson
Categories: Reference
Covering an exhaustive range of information about the five boroughs, the first edition of The Encyclopedia of New York City was a success by every measure, earn

The Encyclopedia of New York State

Authors: Peter Eisenstadt
Categories: History
The Encyclopedia of New York State is one of the most complete works on the Empire State to be published in a half-century. In nearly 2,000 pages and 4,000 sign

Authors: Sarah Fenton
Categories:
New York never sleeps, they say, and 30-Second New York offers up an energetic tour of the city, looking at its founding fathers (and mothers), at key events in

Authors: Carol J. Binkowski
Categories: Music
Carnegie Hall is recognized worldwide, associated with the heights of artistic achievement and a multitude of famous performers. Yet its beginnings are not so w

Suffrage and the City

Authors: Lauren C. Santangelo
Categories: History
In 1917, women won the vote in New York State. Suffrage and the City explores how activists in New York City were instrumental in achieving this milestone. Sant

Authors: Hank Johnston
Categories: Political Science
Frames of Protest is the only book available that brings together empirical research and theoretical essays by sociologists, political scientists, and media spe

Authors: Joanne Reitano
Categories: History
The Restless City: A Short History of New York from Colonial Times to the Present is a short, lively history of the world’s most exciting and diverse metropol

Christianity in the Twentieth Century

Authors: Brian Stanley
Categories: History
A history of unparalleled scope that charts the global transformation of Christianity during an age of profound political and cultural change Christianity in th