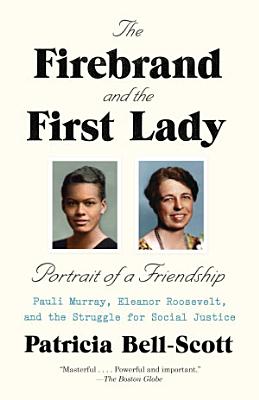 NATIONAL BOOK AWARD NOMINEE • The riveting history of how Pauli Murray—a brilliant writer-turned-activist—and First Lady Eleanor Roosevelt forged an enduring friendship that helped to alter the course of race and racism in America. “A definitive biography of Murray, a trailblazing legal scholar and a tremendous influence on Mrs. Roosevelt.” —Essence In 1938, the twenty-eight-year-old Pauli Murray wrote a letter to the President and First Lady, Franklin and Eleanor Roosevelt, protesting racial segregation in the South. Eleanor wrote back. So began a friendship that would last for a quarter of a century, as Pauli became a lawyer, principal strategist in the fight to protect Title VII of the 1964 Civil Rights Act and a co-founder of the National Organization of Women, and Eleanor became a diplomat and first chair of the United Nations Commission on Human Rights.

The Firebrand and the First Lady

A Black Women's History of the United States

Authors: Barbara Denison
Categories: Business & Economics
Women, Religion and Leadership focuses on women from the traditional context of women as leaders with chapters observing various aspects of leadership from spec

Authors: Marlene Wagman-Geller
Categories: History
Profiles of pioneering women past and present who’ve shattered glass ceilings from the author of Women of Means and Women Who Launch. Sexism has kept generati

Authors: Sean Patrick O'Rourke
Categories: Language Arts & Disciplines
The sit-ins of the American civil rights movement were extraordinary acts of dissent in an age marked by protest. By sitting in at "whites only" lunch counters,

Authors: Autumn Stephens
Categories: Biography & Autobiography
First ladies are supposed to be dignified background figures, quietly supportive of their husbands' agendas. Above all, they're not supposed to act out or cause