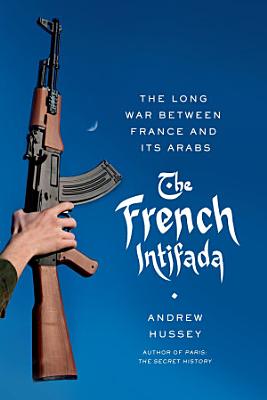 A provocative rethinking of France's long relationship with the Arab world To fully understand both the social and political pressures wracking contemporary France—and, indeed, all of Europe—as well as major events from the Arab Spring in the Middle East to the tensions in Mali, Andrew Hussey believes that we have to look beyond the confines of domestic horizons. As much as unemployment, economic stagnation, and social deprivation exacerbate the ongoing turmoil in the banlieues, the root of the problem lies elsewhere: in the continuing fallout from Europe's colonial era. Combining a fascinating and compulsively readable mix of history, literature, and politics with his years of personal experience visiting the banlieues and countries across the Arab world, especially Algeria, Hussey attempts to make sense of the present situation. In the course of teasing out the myriad interconnections between past and present in Algeria, Morocco, Tunisia, Beirut, and Western Europe, The French Intifada shows that the defining conflict of the twenty-first century will not be between Islam and the West but between two dramatically different experiences of the world—the colonizers and the colonized.

Authors: Martin Thomas
Categories: History
Crises of Empire offers a comprehensive and uniquely comparative analysis of the history of decolonization in the British, French and Dutch empires. By comparin

Authors: Michael Youssef
Categories: Religion
Radical Islam has been waging war against our global civilization throughout history—and now, it’s closer than ever to American soil. Dr. Michael Youssef, a

Authors: Tyler Stovall
Categories: History
Now in its second edition, Tyler Stovall’s Transnational France takes a transnational approach to the history of modern France that draws the reader into a ke

Authors: Robert S. Leiken
Categories: History
This authoritative and engaging account of how Islam came to twentieth-century Europe and altered the continent's cultural, political, and security landscape is

Media Representation and the Global Imagination

Authors: Shani Orgad
Categories: Social Science
This book is a clear, systematic, original and lively account of how media representations shape the way we see our and others’ lives in a global age. It prov

The Ideology of Political Reactionaries

Authors: Richard Shorten
Categories: Political Science
The Ideology of Political Reactionaries offers a new perspective on the beliefs reactionaries share, presenting a theory of reactionary ideology in the process.

Authors: Joseph Downing
Categories: Religion
With the largest Muslim population in Western Europe, France has faced a number of critiques in its attempts to assimilate Muslims into an ostensibly secular (b

A History of Counterinsurgency [2 volumes]

Authors: Gregory Fremont-Barnes
Categories: Political Science
This two-volume history of counterinsurgency covers all the major and many of the lesser known examples of this widespread and enduring form of conflict, addres

Authors: Anna-Louise Milne
Categories: Literary Criticism
Our global literary field is fluid and exists in a state of constant evolution. Contemporary fiction in French has become a polycentric and transnational field